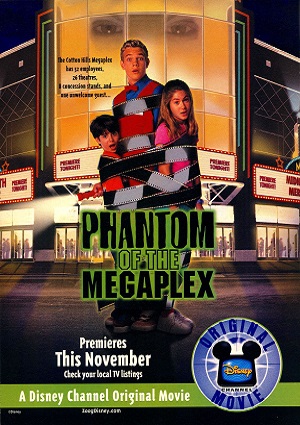 17-year-old Pete Riley works as the assistant manager at the local 26-screen grand megaplex, a job that he loves and spends the majority of his time at. Rumor has it that the megaplex is haunted by a “phantom”, someone who was trapped inside the old movie theater that was demolished to build the current megaplex.

Yes, Phantom of the Megaplex is available to stream on the following platforms:

It is not currently available on DVD.