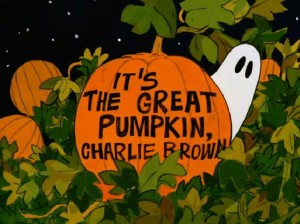 ABC is getting into the spirit with Charlie Brown, Snoopy and the Toy Story gang on Wednesday, October 19th!

In the 1966 animated special “It’s The Great Pumpkin, Charlie Brown,” The PEANUTS gang celebrates Halloween, with Linus hoping that, finally, he will be visited by The Great Pumpkin, while Charlie Brown is invited to a Halloween party. Cast members include Peter Robbins (Charlie Brown) and Christopher Shea (Linus). The cast also includes Sally Dryer as Lucy, Chris Doran as Schroeder, Bill Melendez as Snoopy, Kathy Steinberg as Sally, Tracy Stratford as Violet and Ann Altieri as Frieda.

Pixar’s first special for television, “Toy Story OF TERROR!,” a spooky tale featuring all of your favorite characters from the “Toy Story” films, airs WEDNESDAY, OCTOBER 19, 2016 at 8:30pm ET, on ABC.