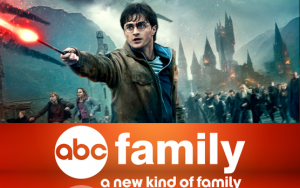 If you’ve always wanted to go to Hogwarts School for Witchcraft and Wizardry but was never admitted because you’re a Muggle, ABC Family has the next best thing. The network invites its viewers to revisit the magical series with a whole week dedicated to The Chosen One and his adventures. So find your wand and Marauder’s Map, invite your mates over for some Butterbeer, and watch the battle between good and evil unfold when Harry casts his magic, starting Monday, October 13th and concluding with Funday on Saturday, October 18th.