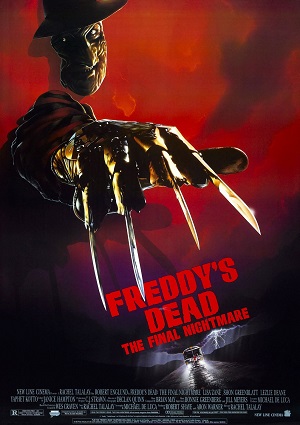 Murderous Freddy Krueger has slaughtered every last child in his hometown. He ventures on to a new location, scouting fresh young victims to hack up with his finger blades. He arrives in a small town in which his long-lost daughter, Maggie, works as a therapist for troubled youths. He attempts to recruit her for his dastardly pursuits, but she has other ideas. Father and daughter meet for a bloody showdown that will determine Freddy’s fate once and for all.