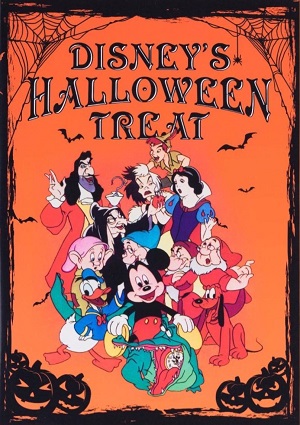 The episode is narrated by a jack-o’-lantern puppet (voiced by Hal Douglas) and features a compilation of Disney short cartoons involving spooky or supernatural themes as well as excerpted segments of various villains from Disney feature films. The opening and closing credits feature an orange colorized version of the 1929 Silly Symphony short The Skeleton Dance as well as its own title theme song, sung in the opening and closing credits. The TV special originally aired on October 30, 1982.