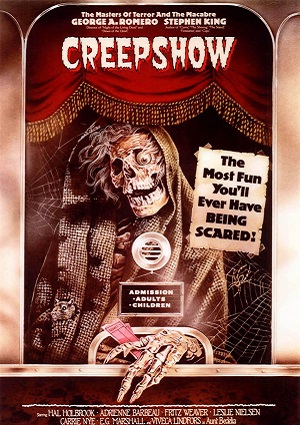 Inspired by the E.C. comics of the 1950s, George A.Romero and Stephen King bring five tales of terror to the screen. In one story, a monster escapes from its holding cell. Another focuses on a husband with a creative way of getting back at his cheating wife. Other stories concern a rural man and a visitor from outer space, and a homeowner with huge bug problems and a boozing corpse.