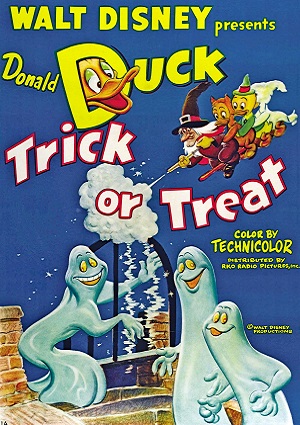 The cartoon, which takes place on Halloween night, follows a series of pranks between Donald Duck and his nephews with Witch Hazel. After Donald plays a cruel Halloween prank on his nephews, the 3 team-up with a witch and her broom to teach him a lesson about ‘tricks and treats.’ This animated short film was released on October 10, 1952.

Yes, as part of a collection.